Impossible to log-in – Docker server time out of sync

After some time the docker instance gets out of sync with the time, which results in cookies loosing validity.

Docker should sync time once a day in order to keep system time up to date.

Which is strange, because according to Stack Overflow:

Docker containers don’t maintain a separate clock, it’s identical to the Linux host since time is not a namespaced value. This is also why Docker removes the permission to change the time inside the container, since that would impact the host and other containers, breaking the isolation model.

How is it possible then that I had to restart a docker instance because the cookie was invalid?

At least it would be great if ORIGAM client would display a nice message that login is not possible because of the time discrepancy. It is not limited to Docker, happens also when hosted on IIS.

i moved date to one hour in to future and after login page i got this. 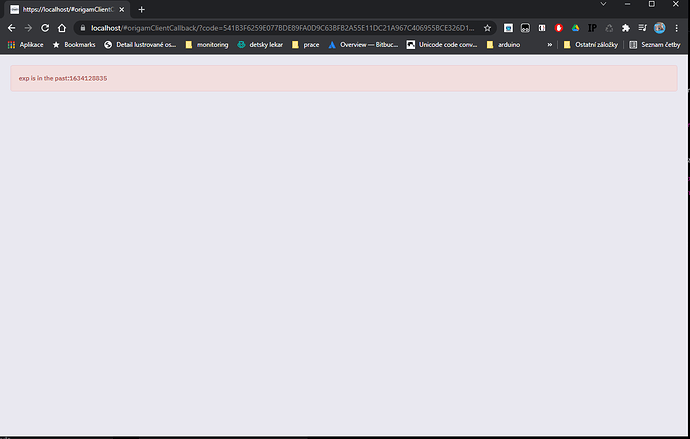 Login not possible due to time

FIX: Dedicated error message was not shown when in the case when the …

…server time was behind the client time

Actually I see that it would be good to provide a link for the user to go back to the login screen. Otherwise he has to either delete the long callback from the URL or close the tab and open it again.

Not sure we would ever be able to run ORIGAM client outside the root “/” but if so, this link should redirect to the correct sub-site and not to “/” hardcoded.

because there is no feasible use case for it

because there is no feasible use case for it

Login not possible due to time

INTERNAL: Added link to logout after encountering a login error

It was not possible to add a retry link because of this error:

Uncaught (in promise) Error: No matching state found in storage

Hi, Our scenario is like this: If user presses browser back button right afte…r the login it goes back to provider. And there our provider asks for login again (they don't keep the session apparently). So, after entering the login info, user is redirected to our login result page with new token. Here we only call the `signinRedirectCallback` method to get the user. But this method fails and goes in to the `catch` from `promise`. From the console I see following error: ``` Uncaught (in promise) Error: No matching state found in storage at oidc-client.min.js:1 ``` In catch if I restart login by calling `signInRedirect` it works but I am just curious about what is the issue here. Is it because the second login can't overwrite the first one? Is there a good way to handle this from our application? P.S. I can't make any change from provider side if that's necessary. Need to handle this in our application somehow.

the problem is that the userManager.signinRedirectCallback cannot be called more than once