The ' ' character, hexadecimal value 0x20, cannot be included in a name

On just-being-set-up platform I got this error when I insert new row.

After I fill the Est. Time (h) field I get following message. 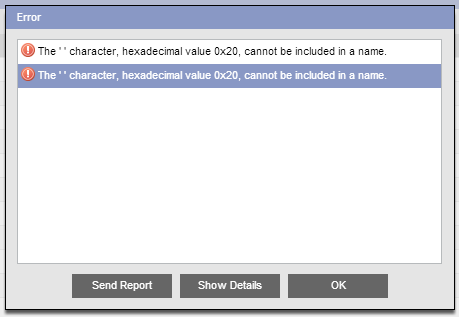 I think, the source of the problem is somewhere in the platform setup.

What are the field names in the entity model? It seems more as a problem with naming the fields.

You’re right. There the last field had a space in its name. But it’s strange that the error appears when I insert data instead of the creation query.

There is one more thing. The field should be FLOAT type but in the database manager it is DECIMAL. Is it something ORIGAM specific? - Reading and writing works OK. 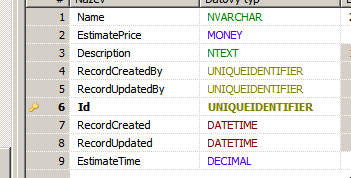 Float is a problem. Initially we supported a Float data type and found out that it calculates terribly wrong because converting Float back to Decimal is terribly not exact. So we still call it float but internally it is actually handled as Decimal. We should rename it in the frontend, I think.